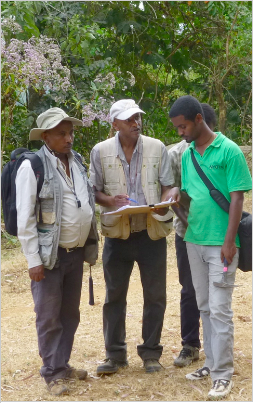 The Tulu Kapi 2015 Definitive Feasibility Study (“2015 DFS”) evaluated a conventional open-pit mining operation with a 1.2Mtpa carbon-in-leach (“CIL”) processing plant. The 2015 DFS was released in August 2015 and the full study is available for download (21MB pdf).

In May 2018, KEFI released the 2018 Plan which incorporated further refinements by the Project funding consortium. Whilst Mineral Resources, Ore Reserves and the mine plan remain essentially unchanged, the planned processing plant was expanded to a nameplate of 1.9-2.1Mtpa, in order to expand early cash flows by reducing stockpiles.

The current 2020 Plan is supported by the:

The implementation plans have been agreed on a base schedule of 24 months from full closing of project finance to first gold pour. Incentive arrangements encourage faster start-up.

This work has delivered even more robust gold project than in KEFI’s 2015 DFS as shown in the table below.

- The above metrics assume a gold price of $1,250/oz for the 2015 DFS and $1,300/oz for the 2017 DFS Update and and $1,400/oz for the 2020 Plan, for consistency with historically reported estimates.
- Life of Mine (“LOM”) is the time to mine the planned open pit only.
- Gold production and net operating cash flow are for the first eight years of gold production.

The same Mineral Resources and Ore Reserves underlie the production schedules in these three studies.

KEFI also targets further increases in Tulu Kapi’s gold production with the addition of an underground mine operating concurrently with the open pit.